Seems like it’s done on purpose to wreck class solidarity.

I mean most people above a certain income level are usually assholes, but it’s important not to (overall) focus on income, but someone’s relationship to the means of production.

There is constant pro-cop propaganda all over in the US, especially in children’s media.

I listened to a podcast that compared the hippy movement to actual revolutionary movements in France at the same time. The hippy movement was basically pure ideology without any attempts to gain power. It’s possible it was mainly astroturfed.

link
fedilink
@i_must_destroy@lemmygrad.mltoGenZedong@lemmygrad.ml•Stanning a racist, rapist, antisemite, homophobe, imperial cop, and snitch to the IRD, whose work was mass distributed and adapted to film with funds almost entirely from the CIA, to own the tankies
link
fedilink
26•
edit-2
3d

The West: communism doesn’t work, see this work of fiction written at an 8th grade level proves it.

There are a lot of factors, but I think social media addiction is a factor. I still spend a decent amount of time on it, but the way most of these platforms work destroys attention spans. I thought I had ADHD the last few years. After cutting back on social media and starting to read books, etc my attention span is much better.

I feel like anarchist is the default ‘ideology’ for westerners who move past social democrat and become anti-capitalist. That was me, personally at least. Anti-communism has been hammered into virtually every American from birth. Once I actually learned the concepts I immediately became an ML.

Most Americans have read zero theory, they barely read at all actually. They are usually very anti-intellectual. I’m not exaggerating, most Americans are functionally illiterate when it comes to understanding how the world works. Even worse, they think they know everything despite doing nothing to educate themselves.

Reminds me of the concert ticket companies that literally charge fees for nothing.

NGL the ‘come and take it’ with the joint goes kind of hard though. 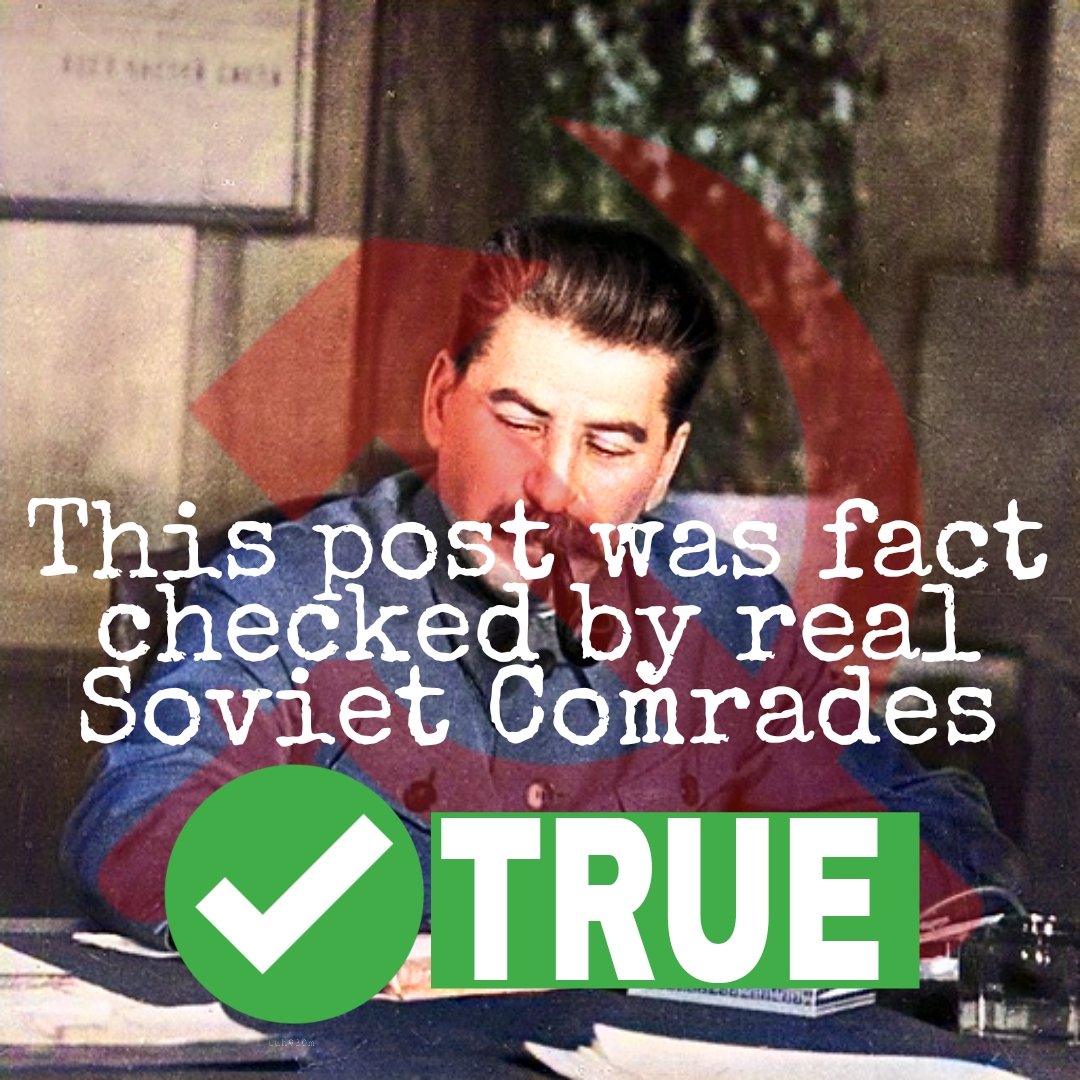 I agree. Fuck the bourgeois. Luna Oi was on an episode of The Deprogram. She talked about how police in Vietnam actually helped people during the pandemic. They helped provided food, supplies, etc.

People in capitalist states just can’t fathom that police could ever be used to help.

DoorDash, Uber, etc are true parasites. Literally provide nothing for their workers (or customers really) and take a cut.

I find some solace knowing these freaks will never know a second of peace.

I think some of the stereotypes about vegans and vegetarians are overblown (and possibly spread maliciously by the meat industry), but they need to look at things materially. For instance, if many people would just not eat meat once a week that would reduce demand significantly.

I still regularly see people flying the confederate flag here in the USA. And I live in a union state. I went up to Michigan last year and saw them all over.

In 2020 (before I deleted my Facebook), I accurately listed all the shitty things Biden has done and supported and some lib said ‘wow you’ve bought into Russian propaganda!’

image
Is bootlicking like this as common outside the USA? It doesn’t matter how vile the cops act, people come out of the woodwork to lick their boots. It makes me physically angry. I would say ‘these people would have supported Nazis’, but they basically do today.
fedilink
45
image

Realizing this was actually a catalyst into me becoming an ML. I used to spend all my money on worthless crap. I realized consumerism would never make me happy.

‘Is China safe for an idiotic overconfident Amerikkkan like me?’

‘Is China safe for an idiotic overconfident Amerikkkan like me?’

Fetterman could be better, but gotta respect his posting game.

Fetterman could be better, but gotta respect his posting game.

When you read poetry by a Ukrainian soldier

When you read poetry by a Ukrainian soldier

Libs: ‘he was wearing it to trigger the rooskies 😏’

image
Gotta admit the boxing gloves are throwing me for a loop.
fedilink
51
image

Libs: ‘he was wearing it to trigger the rooskies 😏’

The USA: only we may used forced labor

The USA: only we may used forced labor

‘We’re sorry you got drunk and heard crickets. Here’s a bunch of money.’

‘We’re sorry you got drunk and heard crickets. Here’s a bunch of money.’

Concerning: making our planet uninhabitable will ruin our credit 😕

Concerning: making our planet uninhabitable will ruin our credit 😕

Posting this for the future

image
Drop some predictions for the future below! I think Zelensky is gonna end up getting murked by some neo Nazis in his own military.
fedilink
47
image

Posting this for the future

They made a Lemmygrad video game?

They made a Lemmygrad video game?